Here is a mini demo of the gray boxing process for our senior exhibition. We planned on making a web comic and I was in charge of mapping out the layout for it. It took a while to do so because of frustrating scaling problems. Originally I used references from basic stick figures to model body positions but I still had difficulties in properly sizing each character. Eventually I turned to taking pictures of each classmate involved (since we are all represented in the comic) which was a much better alternative. I positioned them based on they are in each panel and then transferred the photos I took of them onto illustrator to trace them. Below demonstrates the base template I created, my initial scaling attempt, and the integration of photos. 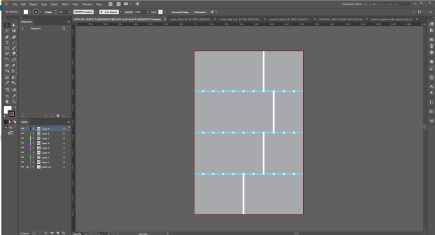 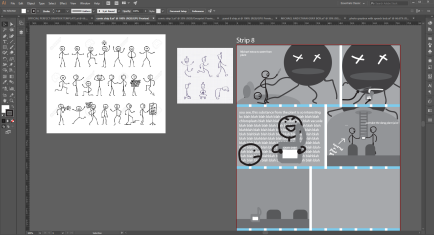